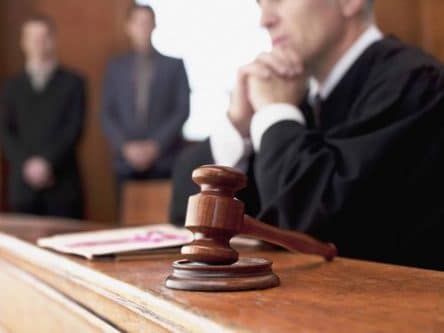 For a little while, the world was enthralled by the case of famed movie actor Johnny Depp and his ex-partner, actress Amber Heard. While the details will be debated for generations about whether or not there was physical violence, a critical part of the case broadcast online and off involved Depp claiming Heard’s recent slanderous article cost him work. Essentially by defaming his character in a significant publication, he lost out on roles with Disney’s Pirates of the Caribbean franchise and the Fantastic Beasts series based on Harry Potter.

Situations like this are not uncommon. Everyone from Former President Trump to the local gossip at your hairdresser will make claims of slander or character defamation. Unfortunately, it’s not unusual for people to be falsely accused of wrongdoing in today’s society. Sometimes, these false accusations are made by enemies or people who have a personal vendetta against you. These types of deliberate defamatory statements are referred to as “slander” when spoken and “libel” when written. Anyone can be the victim of slander or libel. However, it is much more common among famous public figures such as celebrities and politicians.

When your public reputation is at risk, you could lose out on new opportunities. That is why it is important to pursue these cases to the general public can see the truth of a given situation.

Slander is spoken defamation. It is often referred to as the “injury of reputation,” and it’s one of the oldest torts in American law. In fact, slander was first codified in English common law in 1577, when John Whitgift published his treatise on civil procedure.

It’s important to note that slander is a civil offense, not a criminal one. So you can sue for damages for slander, but you cannot be criminally charged with slandering someone (though some states have laws against libel).

How Does That Differ from Libel Defamation?

Libel defamation is a written offense, whereas slander is a verbal one. As a result, libel defamation cases are generally more complicated than their slanderous counterparts because they often involve more than one statement and require that you prove that the defendant made false statements of fact with some sort of malicious intent.

The good news is that once things are written, they can be copied and verified through easy-to-trace terms. That makes a libel defamation lawsuit a bit simpler in complexity and witness statements.

Why Does this Matter to Me?

If you are the victim of slander or libel defamation, it is crucial that you find out as much information as possible. This can help you determine what to do next and if any action needs to be taken.

For example, suppose someone is spreading rumors about your character. In that case, there may be a possibility that they might be trying to damage your reputation to get ahead in life or business. You will want proof of such statements being made against you so that it does not look like you are making up things after the fact.

Slander is notoriously difficult to prove. This is because it’s a broad area of law and can cover anything from malicious lies to factual statements made in error.

It’s hard to know if you have been defamed. There are so many different ways someone can be defamed that it can be challenging to know if you have actually been the victim of slander or defamation. For example, is this slander if someone said that you stole money from them at work or called you a thief on social media? Or was it just an honest mistake? This confusion over what constitutes slander makes it harder for victims of slanderous behavior to win their case in court.

Slander is not always intentional. Sometimes, people make honest mistakes about facts. Other times people may be intentionally malicious but still not technically guilty of defamation because they’re saying things about someone else that could be true.

In either case—whether an error was made deliberately or accidentally—the end result is more confusion about whether one has been slandered versus merely insulted by another party who has acted poorly toward them without intending malice toward anyone else involved.

How to Investigate Slander?

Private investigators can gather evidence, conduct interviews, and help you find witnesses. They also have the ability to locate written or audio proof, experts, and even the truth in slander cases.

A private investigator is trained to work with all kinds of people, which means they know how to speak with witnesses who are reluctant to talk with others.

Our Privin private investigators are also trained in data collection and analysis, which is essential when gathering evidence for a slander case involving online activity.

If you’re dealing with a claim that your business hired foreign workers illegally at below-market wages so it could undercut its competitors’ pricing structure—and this allegation has been circulating around town—a professional will be able to collect data about your company’s hiring practices and employee demographics over time as well as track down any relevant court documents related to its previous legal trouble.

What about Online Slander Cases?

Online slander is a growing problem for businesses, especially with the continued rise in social media. Because of the anonymous nature of the internet, defamation cases involving online slander are often more challenging to prove and track down than traditional ones. That is why you must hire an experienced private investigator that can help you find evidence and build your case.

If you believe someone has damaged your reputation online by posting false information about you or your business, contact us today! We offer professional services at affordable prices so that everyone has access to justice without breaking their budget.

Our expert investigators at Privin Network have years of experience in their field and are well-acquainted with local law enforcement agencies. We know how to uncover evidence that other investigators might miss. If you suspect someone is slandering or defaming you – whether it’s an ex-spouse who wants custody over your children, an acquaintance slandering your reputation at work for their own gain, or even someone with a vendetta against you – hire our team today!