Pet Locate From the Sky 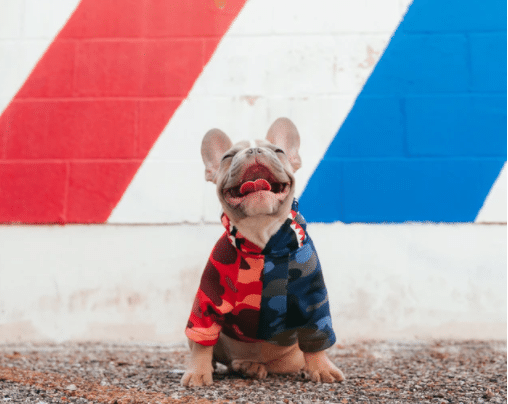 Obtaining all of the facts necessary to put a case together can be one of the most trying tasks for a private investigator to undertake. Observing physical clues after the matter, interviewing eye-witnesses, and obtaining secondhand security videos can give even the most experienced detectives a headache. Fortunately, technology is progressing at an incredible pace, allowing professionals to perform their jobs in new and interesting ways. One such method being used is drone technology, which allows a qualified drone pilot to operate an unmanned aircraft in areas that humans have difficulty accessing.

This change in tech has led to many discussions about privacy and safety concerns, and how drones may be impacting citizen’s rights to either. These debates have resulted in legislation that has limited the ways in which drones can be operated, by who, and in what capacity. It is vital to pay attention as laws regulating drone use may vary state-by-state, and are often adapting to deal with the ever-changing landscape in order to protect various interests. The first step when considering investing in drone technology is educating yourself on the FAA 107 rules(link), and becoming licensed as a Commercial Drone Pilot.(link)

Once you have the minimum qualification in order to fly your drone, congratulations! The possibilities for gathering intel for clients has dramatically increased, opening up avenues for new cases with increased budgets and more precise findings.

How Can A Private Investigator Use Drones?

There are unique problems that investigators need to tackle when in the field, one of them being how to obtain compromising footage without alerting anyone of your presence. It’s hard enough to observe someone acting naturally with cameras around, but basically impossible when they know they shouldn’t be engaging in certain behavior. Unmanned vehicles provide an interesting solution to this problem, allowing us to get clear, accurate surveillance from angles and distances less likely to make a subject uncomfortable.

A comfortable and unaware subject brings with them an additional benefit: safety. It is rare for an investigator to know with certainty whether someone is a dangerous individual, as we had no experience dealing with this person prior to taking on the case involving them. Though the industry is hardly as glamorous as Sherlock Holmes would have you believe, only an inexperienced private investigator walks into a surveillance situation without examining the risks involved, and ways to mitigate that to keep everyone safe.

Performing land surveys is a great step in preparing for a case, and is often done by driving past the points of interest, using satellite imagery to map out the area, etc.. Drones can help with this as well, allowing you to see areas that are normally restricted from public access but may become relevant in certain scenarios, such as fenced off private residences. When you’re dealing with large plots of private land, having a UAV with longer range potentials can help you easily pinpoint important locations.

It’s not uncommon for investigators to work with insurance companies, fulfilling a couple of different tasks that aid them in their claims processes. When a vehicle accident occurs, it’s often hard to gain a comprehensive understanding of what took place just based off of the testimony of people involved, or observers who were there. An aerial view can help put together a sequence of events, lend credibility to eye-witnesses, and locate important physical evidence that may have been lost.

Pros and Cons of Using a Drone

Accessing hard to reach areas. Whether it’s checking out rooftops, fenced areas, or maybe trying to observe the movements or multiple subjects at once, adding a Z dimension elevates your surveillance to the next level.

Hard to detect when operated correctly. Granted, many people don’t go through the steps involved in mastering the flight operations of their drone, or spending the time/money to diversify their drone collection. But when you do, you would be amazed with the footage you can catch.

Automatic video/photo hard copies. One of the coolest things about drones is they typically allow you to interface with a phone/tablet/laptop for not only great control, but also to quickly upload and backup your evidence!

Being able to grab quick imagery. As we talked about before, it’s important to minimize risk. As an experienced investigator, you may have been in situations where you’d been made by a subject. Oftentimes it only results in them closing themselves down to you, ending that period of surveillance, however it’s not unheard of for subjects to become agitated and approach an investigator.

Most drones aren’t newbie friendly. Not all drone interfaces are immediately intuitive, and if you don’t spend the time to operate your vehicle, you could end up going from having an expensive drone to an expensive paper weight pretty quickly. Spend the time to be a good drone pilot!

Keep an eye on battery life. Depending on the drone you’re using, you’ve got 15-45 minutes of quality flying time. It’s also important to recognize the difference between enough battery to operate and enough battery to get the job done. As battery life decreases, you may notice several functions such as signal quality start to deteriorate as well. Because of this, it’s not uncommon for operators to have 3-5 batteries that they can swap out and charge on-demand.

That can get pricey. As with any investment being made into yourself or your business, the cost can definitely get up there depending on the functionality. For a realistic take: you can get started for less that $500 but an ideal drone setup for entry-level surveillance is going to be worth about $1000.

There’s licensing and education costs to consider. Anyone can own and operate a drone, but even hobbyists must follow federal regulations. The first to consider is registration of your drone, which then requires you to display the designation on your drone. If you are considering using the drone for business purposes, however, you also need to get your Commercial Drone License which requires testing based on your ability to analyze maps, understand flight space designations, and understanding of the FAA Rule 107 regulations.

Recently, Privin accepted a case that involved locating a missing animal, who was the subject of a pet ownership dispute. It was important to locate the animal, not only to verify its safety but also to facilitate the escalation of legal means to resolve the situation. We had two properties that needed to be investigated, and upon performing our initial case research we realized that the second location had an approximately 8 foot wall surrounding the backyard.

This posed a problem, as the safest method for figuring out where this dog was at would be to do routine observation and simply wait for them to be let outside. We had a few options to consider:

If we had decided to observe the dog as normal, we could have been stuck waiting for hours with no guarantee, as around 50% of dog owners don’t walk them on a regular basis even when they legally own them. Our second option had a pretty good chance of catching a reaction from the dog, if there was one at the residence. The issue with this being that we could potentially tip off the homeowner that there was something going on and they would in response move the animal somewhere else. If we weren’t lucky enough to catch the evidence on a device, it would be another waste of time, but with added implications. There were additional safety concerns, meaning we preferred to limit our interaction with people as much as possible.

This led us to the third option, which was to brainstorm effective methods we could utilize to get the job done. Thankfully, our investigators in the field have experience with getting the hard job done, and within the day we were able to deploy a UAV over the area. For this job, which was a simple operation in a heavy residential area, we used a smaller drone with limited range, able to move in and out quickly and avoid detection. This particular model carries a 1080p fixed camera, so if you know exactly where it’s going to be looking you can get very specific angles.

Here is our photo of the subject, for reference: Within 5 minutes of deployment, we were able to get in position to catch this photo of the backyard: As I said, this was within 5 minutes of being in the air, after we had finished our pre-flight preparations. This allowed us to get the job done safely, quickly, accurately, and in a fraction of the time it would have taken an investigator using traditional surveillance means. In this case alone, the cost of the drone paid for itself through the quality of service we were able to offer our client. Given the right circumstances, it’s hard to argue the efficiency of drone technology, and the freedom it affords a professional.

Quick Tips for Drone Use: