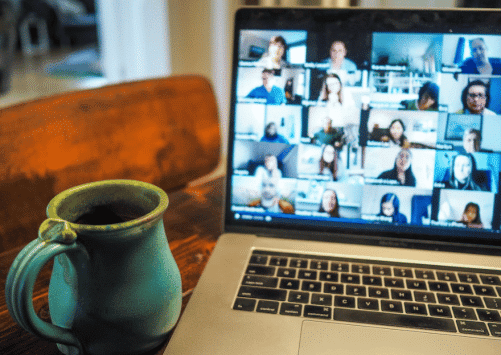 The world has experienced a significant shift in workplace models. Instead of employees gathering around the water cooler to discuss last night’s TV show, company cultures are built on the digital world’s apps, websites, and message rooms. While this has been excellent for productivity and flexibility to meet modern consumer demands, it has not helped much in the areas of sexual harassment.

It is reported that 38% of employees still experience harassment remotely, with roughly 24% believing that harassment continues to worsen because of remote work channels. Whether this is because it is easier than ever to “accidentally” leave an adult site up during a Zoom call or “just happen” to send a private photo to a business chat is still up for debate.

Regardless of the cause, sexual harassment is just as concerning in the remote work era as in the traditional workplaces of yesteryear. No matter what, it should be investigated, and those targets held accountable.

What is Sexual Harassment?

Sexual harassment is unwelcome sexual advances, requests for sexual favors, and other verbal or physical conduct of a sexual nature. It can occur in many circumstances, including but not limited to the workplace, education and training programs, and the residential living environment.

Whether you’re being harassed by your boss or a coworker, it’s important to remember that sexual harassment can take many forms beyond physical touching and advances—it can include rude comments about your body or clothing and requests for dates, among other things that are uniquely available in the form of digital communication.

Online sexual harassment refers to inappropriate conduct directed toward an individual through electronic means (i.e., email). In addition to text messages and Facebook messages between individuals in the workplace, this type of activity also includes blogs or other public forums where users post comments about others’ bodies or dress in an inappropriate manner. This covers everything from creating a fake dating profile of a coworker to posting images of their online profiles with the intent to sexualize or shame them publicly.

Some of the more unique areas of sexual harassment in the remote work era include:

These are often difficult for workers to deal with because they can’t see who’s making them. This often includes unwanted romantic advances, commenting on the sound of a coworker’s voice in a sexual manner, or speaking to the physical appearance in a way that objectifies their humanity.

We’ve seen this type of sexual harassment from various public figures over recent years. For example, someone could forget to turn off an adult site they were visiting when a meeting begins, and it is playing in the background. Or, a coworker may think playing materials of this nature are a joke and does it randomly when everyone is in a shared space.

Digital messages that are sexually suggestive or explicit can be considered sexual harassment and/or create a hostile work environment, especially if the person receiving these types of messages feels uncomfortable with them. Because digital communication is so important in remote work environments, it’s important to remember that even when everyone is not physically in the same room, these actions still have an impact on the group’s sense of comfort.

Almost every social media platform has a messaging service that coworkers can use to share work. However, if those are being leveraged to share inappropriate contact of a sexual nature, especially after one person has made it clear they are not interested, then action needs to be taken.

Any Other Digital Communication with Unwelcome Sexual Behavior

You need to speak up if you feel your body, person, or space is being violated due to unwelcome sexual advances or discussions with your other team members.

How a Private Investigator Helps?

A private investigator (PI) is a third party. When you hire a PI to investigate sexual harassment in the remote workplace, they act as an independent party. They’re not affiliated with your company or with the person accused of harassment, and they won’t be biased towards either side.

A PI will report back to you based on facts and evidence gathered during their investigation, which means that they are neutral. It’s important that your private investigator has experience conducting workplace investigations because this knowledge gives them more insight into what types of situations work best for gathering information from employees and what strategies can help them achieve these goals efficiently.

A trained professional is able to collect information in several different ways depending on the circumstances surrounding an incident: interviewing witnesses; reviewing documents relevant to your case; monitoring social media accounts for relevant posts; conducting surveillance operations; obtaining emails between parties involved in order to prove intent etcetera (to name just a few).

Most often, the goals of a private investigator will involve:

After you have conducted the initial investigation, examine all digital evidence. A forensic expert should be hired to conduct an examination of the devices involved and extract relevant files from them. Digital evidence should be carefully documented and preserved by a qualified digital forensic examiner. Any data or information that can assist in determining what happened should be saved for later use as needed in any future proceedings.

2. Recommend Screen Recording and Other Methods to Demonstrate History

You want to document everything that happens. For remote work, that will include screen recording, screenshots, captures of chat rooms, exported app messages, and more.

3. Conduct Interviews with Other Coworkers

Another way to get a clearer picture is to interview other coworkers. You can ask them questions about the incident and their relationship with the target. You can also ask whether they have seen the target behave in a similar way to other coworkers. If multiple people report sexual harassment or inappropriate behavior, then it is likely that there was some form of harassment at play.

4. Present a Clear and Legal Package to Employer, Lawyer, or Law Enforcement

A clear and legal package is one that contains sufficient evidence to support the allegations made. That is why it is critical to work with professional and experienced PIs. You want someone who understands how to assemble the gathered evidence clearly and concisely, which leaves little room for counterarguments.

When investigating sexual harassment allegations, it is important to look at the online footprint of the target and his or her past. A comprehensive online search can be used to show that this has been a recurring issue for them and not just a one-off incident. This usually includes online postings on public, private, or social media spaces.

Take the Power Back

No matter how the investigation unfolds, working with a team like ours at Privin Network is essential to your case. We have many former law enforcement private investigators that understand the unique nature of a sexual harassment allegation and can help you navigate this situation effectively.

Schedule a consultation with our team today, and let’s discuss your situation. Even when your work has moved to a remote situation does not give anyone the right to harass you in any way.

We have the skills, experience, and technological tools to assist you with sexual harassment claims.