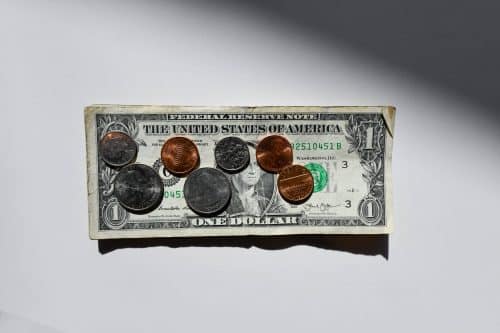 Cohabitation is living with someone under the same roof in a romantic or sexual relationship. It is becoming increasingly common because of today’s fluctuating world and culture. This is not only true for heterosexual couples but also for homosexual and non-traditional relationships. While this may be fine for some people, you must understand what cohabitation entails and how it can affect your divorce or legal proceedings.

There has been an uptick in cohabitation over the past few years due to the effects of the global pandemic and shifting workplace environments. Many couples who are seeking divorce still live under the same roof because financial matters often restrict the ability of one party to get a place on their own in the short term. That does affect how a court will rule in financial settlements, alimony payments, and child custody. The same is true if your ex-partner begins living with another person for an extended time. Let’s get into some of the details.

Cohabitation often comes up in divorce court because it is essential when determining child custody and child support calculations. If a couple has lived together for any period of time—even if they aren’t married—the courts typically assume that they have established an implied contract regarding parenting time and responsibilities.

Cohabitation, or living together, does not have a universal standard definition. However, the law recognizes that some people may live in the same home but not cohabitate. In other words, they may be roommates or otherwise unrelated individuals who share a home for personal convenience. Examples include an elderly parent who moves into her daughter’s house to care for minor grandchildren and a brother who lives with his sister to save money on rent while attending college nearby. In these situations, there is no romantic relationship between the people involved, and they are just trying to make life easier on themselves by sharing costs and space.

In contrast, cohabitation involves two people in an intimate relationship who intend to marry or have children together. You can tell if you’re in a cohabitation situation by answering questions such as: Do you share expenses? Do you cook meals together? Do your children call both partners “Mom” or “Dad”? Are you engaged in sexual activity?

What are Common Situations Involving Cohabitation?

There are numerous reasons to hire a private investigator like the experts at Privin Network. Most of the time, it is a preventative measure before a new partnership is achieved or an uncovering of hidden secrets one party wished to remain private. These include:

How will Cohabitation Affect Financial Settlements?

A financial settlement is an agreement you and your cohabitating partner make regarding assets, finances, and debts. It’s basically a contract between two people going their separate ways. What does this mean for you? Your private investigator may be able to help you obtain information about the other person’s finances that will be useful in negotiating a fair settlement.

You can use your private investigator for pre-nuptial, post-nuptial, and even during divorce proceedings. With this kind of information, you’ll know exactly what the situation looks like before entering into any negotiations with your cohabitating partner or spouse (or ex-spouse). You’ll also have proof that certain things were agreed upon at one point or another when they weren’t appropriately reflected on paper.

Divorce is a significant issue with cohabitation because there are couples that separate physically and begin relationships with others. If they enter into divorce proceedings later, the new connection can come to light and show they are receiving support from a new person. All states and courts have different rules regarding the extent of time or purpose of cohabitation will have on the proceedings, but it is an important consideration.

How will Cohabitation Affect Child Support?

If you are involved in a child custody dispute, you may want to explore the possibility of your ex-partner living with another person. This can impact what rights you have when it comes to your children and how much financial support they will receive from their other parents.

This is also extremely important in cases where the new partner your children are exposed to may have cruel intentions or a criminal past. It is highly relevant if your ex’s new partner has a child abuse or neglect history. Knowing these factors will affect child custody proceedings because a court wants to ensure the children are well taken care of in their living arrangements.

If you suspect someone has been hiding information about their cohabitation status, contact us today! Our private investigators are skilled at uncovering evidence of secret relationships and helping people get what they deserve in court cases involving child custody or alimony settlements.

What Happens with Alimony and Cohabitation?

While many people think cohabitation is not a problem if you are getting divorced, this is not true. Cohabitation can have serious consequences for an alimony settlement and other financial matters in your case. In some cases, the court will consider cohabitation as grounds for alimony.

Courts often use cohabitation as a factor in determining how much to award someone because they do not want to encourage people to live together before marriage or after divorce just so they can get more money from their ex-spouses. This is one of those gray areas of law that is best served with as much accurate and transparent information as possible, so you end with a favorable outcome. Hiring our expert private investigators is a surefire step in that direction.

The effects of cohabitation on legal proceedings are mainly due to a “substantial change” in the life of you or your ex-partner. If they are in a long-term relationship with a millionaire going on frequent trips to Europe and paying for private tutoring for your children, then there is probably an argument about alimony or child custody.

Everything comes down to the courts’ discretion based on the evidence collected, and that requires an expert team. If you want to prove cohabitation, you need evidence that your spouse was living with another person. This may be a friend or even a family member. Standard proof of cohabitation includes:

If you have any questions about how to show proof of your ex-spouse’s adultery or infidelity, please contact our office for more information on how we can help.

We can develop information about your partner’s cohabitation history, including their current living situation and the details of their time together. This could be useful for establishing grounds for an alimony claim or child custody dispute, among other matters. A private investigator might be able to find evidence that a former spouse has moved in with another person since separating from you, which would strengthen your case in court.

Privin’s private investigators are skilled at finding out what they need to know by collecting evidence and testimony from witnesses who may be reluctant to speak openly on any given subject matter due to privacy concerns or legal issues. We use modern techniques and innovative resources to uncover evidence of your partner’s living situation.

A licensed private investigator will be able to gather proof of this cohabitation and help you get what you deserve in terms of alimony payments, child custody, or financial settlements. The next step is to contact us at Privin Network today. We have experienced and qualified investigators ready to help get the information you need for your case.