Common Types of Cybercrime to Look Out For 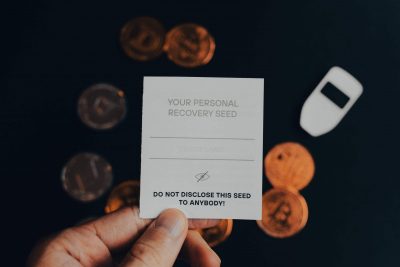 The cyber-world has greatly expanded in the last two decades. Today, the globe is much more connected than a physical village, allowing us to do a lot over the internet. We now have social media platforms, cloud storage, e-wallets, and online payment options that have made life significantly easier. But with that convenience has come the need to store valuable personal and financial information on the internet. So naturally, this has attracted its fair share of different types of cybercrime. In fact, cybercrime is probably one of the biggest criminal enterprises in the world. Today, fraudsters and hackers can quite easily access a victim’s financial and personal information. This information is then used to steal funds from the victim or blackmail the individual into giving in to the cybercriminal’s demands. Therefore, individuals and organizations must know about the various types of cybercrime and how to protect themselves against cyber fraud.

How does cybercrime occur?

Cybercrime is a crime where a computer is used as a tool to commit an offense or is the object of the crime. It occurs when a cybercriminal uses a device to access a victim’s personal information, government information, or confidential business information. They then use this information to steal from the victim or sell it online to other fraudsters and hackers.

It’s also a cybercrime to use another device to disable users, businesses, or government devices.

There are three major categories of cybercrime;

That said, this list will mostly cover property cybercrimes and a few individual ones.

Phishing involves using spam emails, or other forms of communication, to trick the recipients into doing things that undermine their security or that of the organization they work for. Typically, phishing messages contain links to malicious sites or have infected attachments. They may even be as broad as to as receiver to reply with confidential personal or financial information.

Spear-phishing is a more targeted form of phishing that tries to trick certain individuals into compromising the security of the organization they work for. The messages are typically crafted to look like they come from a trusted source, like the company’s CEO or head of a department.

Cyberstalking is one of the most intimidating types of cybercrime out there. The criminal, known as a cyberstalker, follows their victim online. They keep track of the victim’s online activity, looking for vulnerabilities that allow them to harvest information about the user, harass them, and make threats.
Unfortunately, children also fall victim to this kind of cybercrime. Stalkers, usually adult predators and pedophiles, have been known to prey on innocent children browsing the internet. They thrive on attacking inexperienced web users and can be found in chat rooms, websites, discussion forums, social media, and email.

Cybercriminals use Denial-of-service (DOS) attacks to bring down a network or system over the internet. The whole point of DDoS is to deny service to the intended users of the system or service. During an attack, hackers spam the system with multiple requests, causing the resource to crash or slow down so much that no one can use it.

Cybercriminals usually use the threat of a DDoS attack to demand money from the targeted company. They may also use it as a distraction to occupy the attention of cyber security teams as another type of cybercrime takes place.

These types of cybercrime use computer viruses and other types of malware to attack computer systems and networks. Once a computer (system) is infected, the malware can then steal confidential data or damage and erase data in the device. In some cases, the computer is completely hijacked and used to carry out other criminal activities.

May 2017’s WannaCry ransomware attack is a good example of such cybercrimes. The attack used ransomware to target and affect vulnerabilities in 230,000 computers across 150 countries. Victims were locked out of their files. Each received a message demanding that they pay a Bitcoin ransom if they wanted to regain access. In to, the attack causes $4 billion in financial losses worldwide.

In identity theft cases, the criminal gains access to a user’s confidential information. They then use this information to steal funds or participate in tax, health, or insurance fraud while assuming the victim’s identity. For instance, cybercriminals will open a phone or social media account in your name and use it to plan a government activity or to claim benefits.

Identity theft is closely linked to other types of cybercrimes. For example, hackers will use tricks like phishing and malware attacks to access a victim’s credentials. A more common type of identity card is credit card fraud, where pre-approved credit cards fall into someone else’s hands.
Prohibited/illegal content

This form of cybercrime involves the sharing and distributing illegal or inappropriate content that is typically considered highly distressing and offensive. Such content includes videos with intense violence, sexual activity between adults, materials advocating for terrorism and child exploitation materials.

How bad is it?

Cybercrime is pretty bad. Individuals and corporations in the United States lose billions of dollars to cybercriminals each year. In fact, the global cybercrime damages are predicted to reach $10.5 trillion annually by 2025. To put this into better perspective, here is a look at some terrifying statistics about this issue;

● In 2020, US ransomware attacks cost around $915 million.
● Two out of ten Americans have dealt with ransomware attacks.
● 53% of consumer PCs and 50% of business PCs that were infected by malware got re-infected within the same year.
● According to the FBI, there were 791,790 suspected cybercrimes in 2020. This was an increase of more than 300,000 cybercrimes from the previous year.
It’s important to note that cybercriminals don’t discriminate. They attack anyone and anything, as long as they are vulnerable. For instance;
● ISS, a Denmark-based company, suffered a cyber attack in February 2020. That single attack cost the company upwards of $50 million.
● Fraudsters from China hacked the servers of the US Office of Personnel Management in 2015. The hackers made away with the personal information, including fingerprints, of more than 20 million people.
● In 2014, Home Depot was hacked by cybercriminals who gained access to the credit card numbers of approximately 56 million customers.
● In 2013, Target fell for a cyber fraud scam that compromised the credit card numbers of approximately 40 million customers.
These big corporations spend millions of dollars each year on cyber security, yet they still fall victim to cybercrime. So, what about you who have a couple of recycled passwords and a 13-dollar monthly VPN budget? Here is what you need to do to protect yourself from cybercrime.
How to protect yourself from cybercrime
As an individual, there are many measures you can take to protect yourself from cybercrime attempts in the online space. These include;
● Keeping your computer software and operating system updated at all times. This ensures that you don’t miss the latest security patches that could be your last line of defense against cyber attacks.
● Use strong passwords in all your accounts, and preferably, don’t record them anywhere. Also, as tempting as it is to do, don’t recycle your passwords. If you run out of password ideas, use a reputable password manager that randomly generates strong passwords for you.
● Don’t open attachments in spam emails or from a sender you don’t know. They probably contain malware waiting to infect your computer and leave you vulnerable. Similarly, don’t click on links in spam emails or those that lead to untrusted websites.
● Speaking of untrusted websites, don’t fill in any personal or contact information if the site’s security certificate seems questionable.
● Use antivirus software and other comprehensive internet security solutions to protect your computer systems from malware and phishing attacks. These allow you to scan, detect, and remove/block potential threats before they become a problem. That said, remember to keep your antivirus software updated at all times to enjoy the highest levels of protection.
● Closely observe your bank statements for any unfamiliar transactions. This will help you react in time in case you fall victim to cybercriminals.
● If you suspect that you’ve been attacked or are in the process of being targeted, contact your bank or any other relevant authority immediately. The sooner you act, the less likely you are to suffer devastating consequences from the attack.

Cyber Crimes will probably be around for as long as the internet exists. But as long as you’re familiar with the types of cybercrime fraudsters and what to do to prevent yourself from becoming a victim, you should be relatively okay.