Can I Put A GPS Device On A Vehicle? 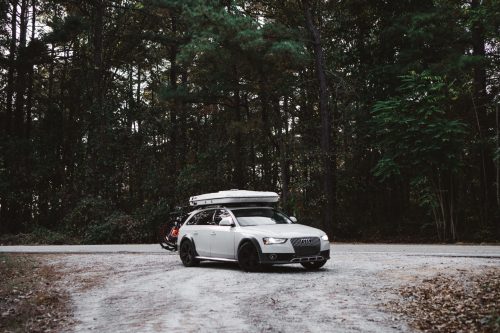 Being able to track a vehicle in your household may be of importance to you, but is it legal? Many private investigators are approached by potential clients seeking tracking services to better locate a person. This may be a spousal case, or a case involving an elusive person, and understanding a persons whereabouts is an important piece of information, as it provides insight on activities conducted outside of what we know to be the truth. Not only does it provide valuable information, but it may be a cheap alternative to surveillance, with little effort.

Other ways GPS may assist:

Is it legal? In short, yes. It is entirely legal for you to place a GPS device on any vehicle or asset that you own but you should also check with your local and state laws. New cases are being brought to light all the time, and being informed may help you in your case, or problem.

This is not hte same for a vehicle that you do not own. As of September 2022, most US states consider gps tracking on another persons car illegal.

Legal use of GPS tracking devices:

Elgin v. Coca-Cola Bottling Co. in 2005: In this case, an employee’s company-issued vehicle was being tracked during and outside of work hours. The employee’s claim was rejected because the vehicle was owned by the company.

Tubbs v. Wynn Transport in 2007: A case in which an employee’s company-owned vehicle was being tracked without his knowledge. The decision sided with the employer who owned the vehicle and who, according to the court, had every right to track its whereabouts.

United States v. Jones in 2011: This case was brought about after police placed a GPS tracker on the vehicle of a suspected drug trafficker. The evidence obtained through the use of the GPS tracker was enough to convict Jones, but the courts ended up ruling against the police, calling it a violation of Jones’s Fourth Amendment rights. Jones is no longer serving his prison sentence.

Cunningham v. New York Department of Labor in 2013: In this case, an employee’s personal vehicle was being tracked even after hours, without his knowledge. However, this employee had been previously disciplined for falsified time reporting. The court ruled in favor of the employer as the GPS evidence clearly showed that the employee was falsifying his work time.

United States v. Katzin in 2013: A case in which the police placed a GPS tracker on the vehicle of a man they suspected of a chain of robberies. The charges against the Katzin brothers were ultimately dropped because the court decided that this was a Fourth Amendment violation on the part of the police.